Are there health benefits to going vegan?

More and more people are eating vegan meals – and part of the reason is it’s seen as healthier. Is it really better for you? In the first of a new vegan series on BBC Future and BBC Good Food, Jessica Brown looks at the evidence.

The number of people cutting down on meat and dairy, or cutting these foods from their diets entirely, has been rising over the last decade. The number of vegans in the UK, for example, quadrupled between 2006 and 2018, according to research by The Vegan Society.

One common motivation for shunning steak and stilton and going vegan is the promised health benefits. The vegan diet is generally considered to be higher in fibre and lower in cholesterol, protein, calcium and salt than an omnivorous diet – but there are still misconceptions and concerns around cutting meat, fish, eggs and dairy completely from our diets.

One common concern is whether a vegan diet provides enough vitamin B12. B12 helps prevent nerve damage, and is found in meat, fish, eggs and dairy, but not in fruit or vegetables. It's recommended that adults consume 1.5 micrograms of the vitamin per day.

“A B12 deficiency can lead to neurological symptoms such as numbness, and it’s irreversible if the deficiency is present for too long,” says Janet Cade, of the Nutritional Epidemiology Group, School of Food Science and Nutrition.

Read more from The Vegan Factor on BBC Good Food

A recent study involving 48,000 people over 18 years compared the health of meat-eaters, pescatarians – who eat fish and dairy but not meat – and vegetarians, including some vegans. They found that people who eat vegan and vegetarian diets have a lower risk of heart disease, but a higher risk of stroke, possibly partly due to a lack of B12.

The researchers found that those who didn’t eat meat had 10 fewer cases of heart disease and three more strokes per 1,000 people compared with the meat-eaters. Researcher Tammy Tong, nutritional epidemiologist at the University of Oxford, says the higher risk of haemorrhagic stroke could be for several reasons. 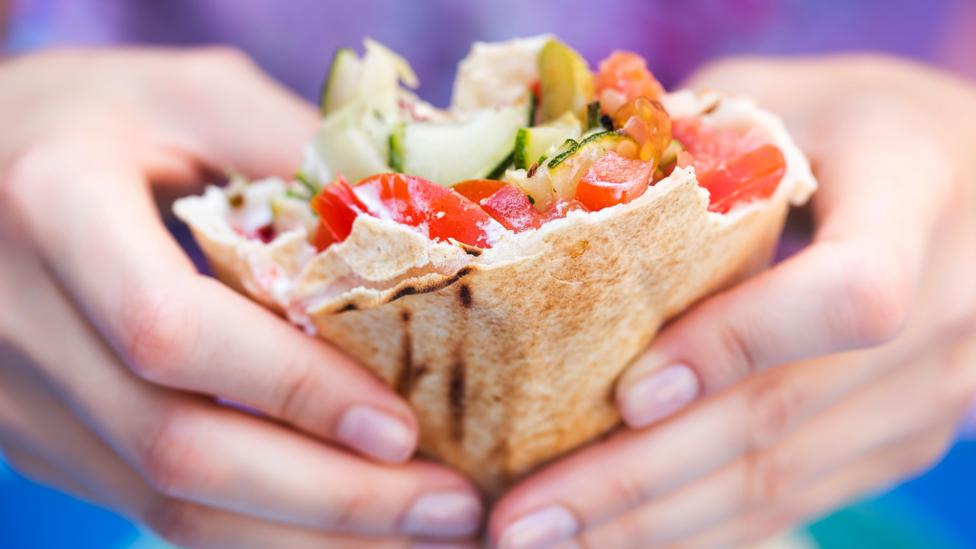 People who eat vegan or vegetarian diets tend to have a lower risk of developing heart disease (Credit: Getty Images)

But it’s easy to get the “minuscule” amount of B12 we need from nutritional yeast or fortified food, such as plant-based milks, says Marco Springmann, senior researcher of environmental sustainability and public health at the University of Oxford.

In countries where food isn’t fortified with B12, he recommends vitamin supplements. However, the Academy of Nutrition and Dietetics states that nutritional yeast isn’t an adequate source of B12, and vegans must take supplements or eat fortified food.

Cade also recommends that vegans take B12 supplements, and ensure any children and babies being fed a vegan diet get enough B12.

It’s unlikely a vegan diet will cause an iron deficiency, says Springman, as long as your diet includes fruit and vegetables of every colour

Another common concern for those tempted to transition is whether a vegan diet provides enough protein. But while there isn’t much protein in fruits and vegetables, Springmann says, this isn’t cause for concern.

“We’ve never [seen] issues with protein deficiencies, only in people who don’t eat enough calories, he says. “Protein is in everything.”

For those who are concerned, soy milk has roughly the same amount of protein as cow’s milk. (Find out more about how much protein we really need).

It’s also it’s unlikely a vegan diet will cause an iron deficiency, says Springman, as long as your diet includes fruit and vegetables of every colour.

“Over time, the body can adapt to how much iron there is in our diet, and if you have a lower iron intake it can make more efficient use of that iron,” he says.

Springman says a balanced vegan diet is one of the healthiest diets. 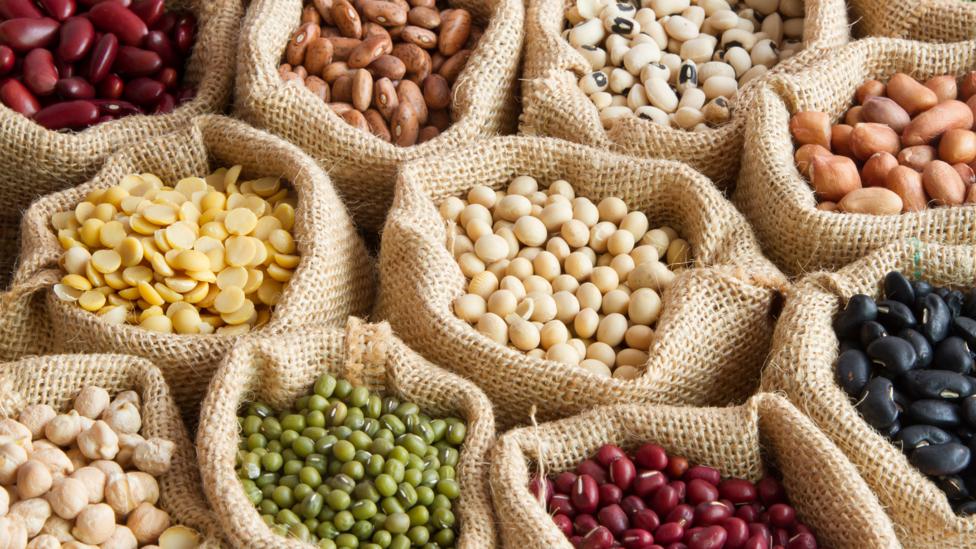 The vegan diet is thought to be one of the healthiest because it includes plenty of legumes aswell as fruit and vegetables (Credit: Getty Images)

“We’ve found that the vegan diet could be one of the healthiest diets, outperforming pescatarian and vegetarian, because the vegan diet is higher in fruit, vegetables and legumes and the health benefits from this compensate anything else,” says Springman.

He advises eating plenty of fruit and vegetables with a variety of colours, nuts, wholegrains and beans and lentils, as well as chia, hemp and flax seeds, which contain omega 3.

For those who worry that the vegan diet doesn’t offer enough variety, one study in 2018 found no evidence that a more varied diet promotes a healthier diet or weight. In fact, they found that those who ate a more diverse diet tended to eat more processed foods and sugary drinks.

Speaking of unhealthy foods, Springman is concerned about the rising popularity of vegan junk food. “These junk food vegan replacements can give you the same consumption profile as an unhealthy omnivore,” he says.

But this doesn’t have to be the case. In a recent study looking at the effects of a diet high in plants, but not strictly vegan, researchers used indexes that ranked people according to how much of their diet consisted of plant-based foods, compared to animal foods. Even those who ate the most plant-based foods also ate some dairy, fish and meat.

Those who had the most plant-based diets, and lower intakes of animal products, scored better on health markers. There was up to a 32% lower risk among those with the highest intake of plant-based foods for cardiovascular disease, after adjusting for age, sex, race, education and health behaviours such as smoking, alcohol intake and exercise.

“We found a striking relationship between adherence to dietary patterns and risk of important clinical outcomes,” says study author Casey Rebholz, an assistant professor at the John Hopkins Bloomberg School of Public Health's in Baltimore. 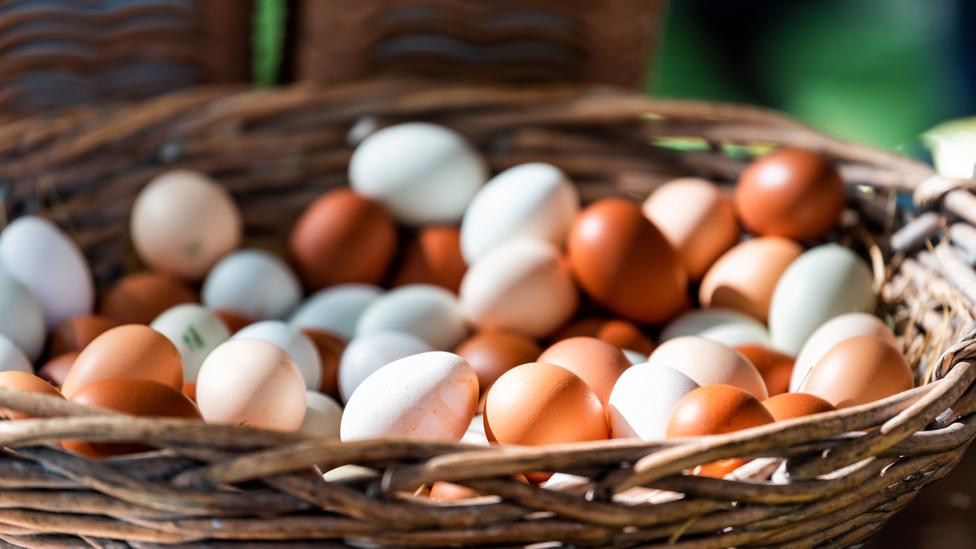 Eggs are a major source of vitamin B12, which the vegan diet lacks (Credit: Getty Images)

She found that people who ate more fruit and vegetables generally ate less red and processed meat, dairy and fish. However, the research doesn’t confirm if the relationship between eating more plant-based foods and a lower risk of heart disease drops off at a certain point. In other words, it didn’t prove whether a strictly vegan diet is any more beneficial than a diet made up mostly of fruit and vegetables, but with some animal products.

“It’s what a plant-based diet gives you, and the food it generally steers you way from, that’s beneficial,” says Casey.

“I believe that the health benefits from a plant-based diet are from a combination of eating more fruit and vegetables, and lower amounts of animal foods, including saturated fat.” (Find out more about how saturated fat affects your health).

Researchers are concerned that a lot of research comparing the vegan diet and health outcomes (also known as observational research) is unreliable, since vegans tend to be healthier.

These lifestyle factors, which can also contribute to a lower risk of heart disease and mortality, can suggest that the vegan diet alone is healthier than it may actually be. These studies serve as a starting point, says Faidon, and because most data on veganism is observation, there are still uncertainties around the vegan diet, particularly when it comes to long-term effects.

While higher blood glucose could indicate a higher risk of developing diabetes, for example, this isn’t necessarily the case. 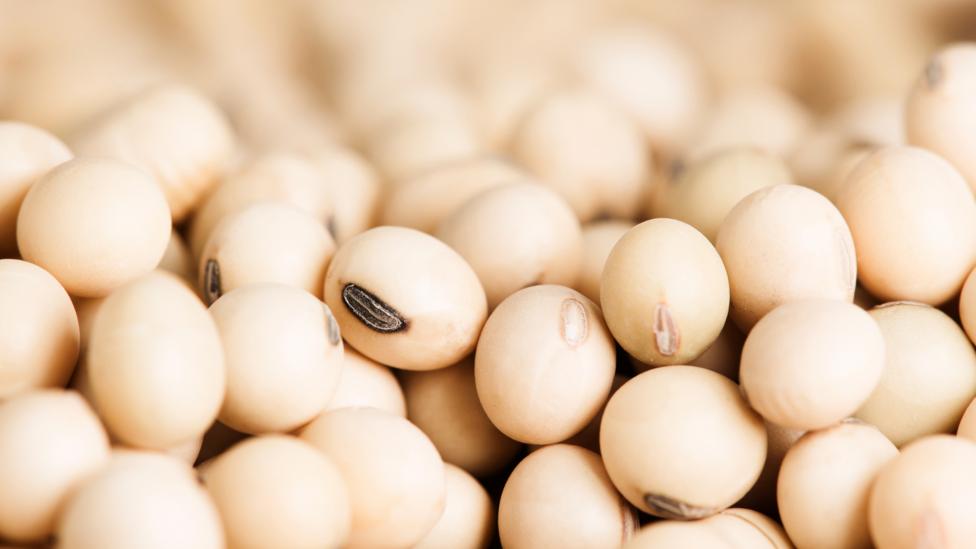 To see if a dietary change affects health, you’d have to follow participants for long enough to develop disease outcomes, with intervention studies that are at least a year long,” says Faidon.

Evelyn Medawar, author of a review of randomised controlled trials looking at the metabolic benefits of a plant-based diet, says it’s really important that more researchers start looking at the health effects of the diet.

“As the moment, society is ahead of research when it comes to the vegan diet,” she says.

“Lots of people have doubts about the vegan diet due to potential nutrient deficiencies, and only now are researchers looking into this and the long-term benefits and risks.

The vegan diet seems to be linked to better general health, apart from bone density and fractures

“We need to take these fears away, or get to know the long-term consequences. This could make more people interested in taking up the vegan diet for health reasons.”

It will take a couple of years, Medawar says, before research is done to understand the mechanisms behind how a vegan diet affects our health, as it will require controlled studies.

But despite the lack of data on the vegan diet specifically, researchers say existing evidence on diet and health generally points to a few trends.

While the evidence isn’t very strong for the vegan diet specifically, Cade says, the vegan diet seems to be linked to better general health, apart from bone density and fractures, which may be more common due to possible lower calcium intake, and the likelihood of B12 deficiency. (Read more about whether we should drink dairy milk to strengthen bones).

Vegans have a lower body mass index (BMI) which means better cholesterol levels and lower blood pressure, which is a major risk factor for heart disease. 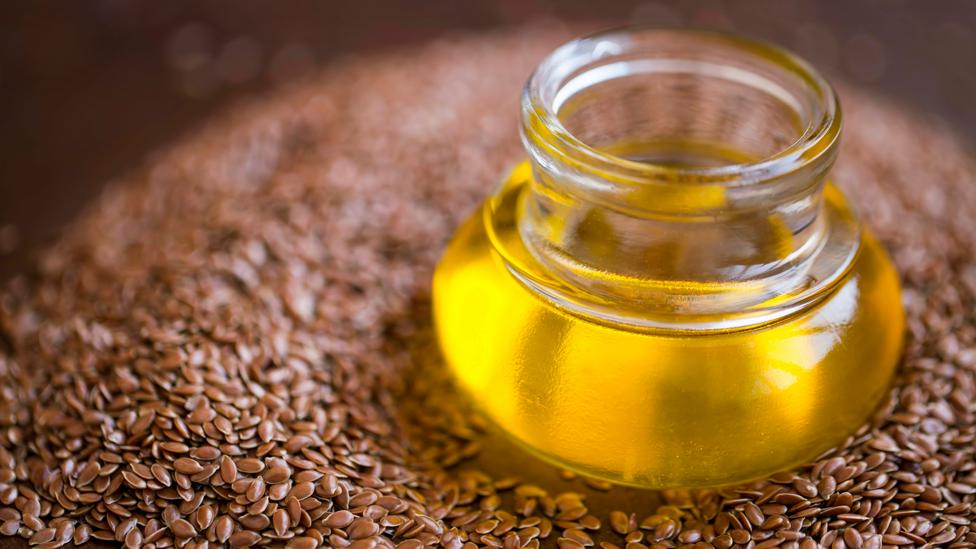 Flax seed is rich in essential omega 3, which a vegan diet can lack (Credit: Getty Images)

The vegan diet is much like any other. It can help to lower your risk of disease, or increase it – depending on the foods you eat.

“But if you follow a relatively prudent omnivorous diet, such as the Mediterranean diet, which is high in fruit, vegetables, legumes and low in meat, there’s evidence to suggest this type of omnivorous diet is at least as healthy as a vegan diet,” he says.

There’s a lot more digging to be done before we know for certain if veganism can be healthier than any other diet – especially when it comes to long-term health effects. In the meantime, experts advise that the best vegan diet is one that includes lots of fruit and vegetables, and B12 supplements, and less vegan junk food.

Back to Educate Yourself